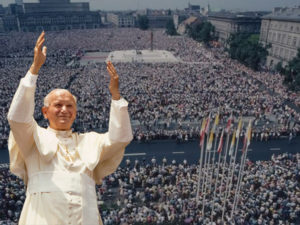 The hundredth anniversary of the birth of John Paul II is an extraordinary opportunity to recall the message with which Pope John Paul II visited millions of believers around the world. For almost 27 years of His pontificate, He gained the sympathy of people of all skin colors and religions. The teaching of the Holy Father was full of humanism. He devoted all of His knowledge to man, his problems, injustice and poverty, carrying a spiritual message that was able to change the face of the world and the Church. John Paul II traveled thousands of kilometers to bring a call of love and peace. During his 104 pilgrimages, he visited 129 countries with crowds greeting him on all continents. No other person in the world saw so many people praying, crying, laughing and cheering in his honor. For the Polish-Americans and the so-called Polonia, he was a source of great pride. John Paul II always emphasized the contribution of Polonia to the promotion of Polish culture in the world and its determination in building a spiritual identity based on the Polish national heritage.

On the 100th anniversary of the birth of Karol Wojtyła, 40 outstanding artists from Poland, the United States, England, Germany, Korea, Italy, Japan, Taiwan, Turkey and Switzerland paid tribute to the Great Pole. The Concert program included Ave Maria by F. Schubert performed by Angel Joy Blue, a soloist of the Metropolitan Opera in NY, well known for her title role of Bess in Porgy & Bess by G. Gershwin, Panis Angelicus and Laudate Dominum by W.A. Mozart performed by another two soloists of the Metropolitan Opera, MaryAnn McCormick and Lisette Oropesa, who had gained outstanding acclaim for the main roles of Violetta in Traviata by G. Verdi and Manon by J. Massenet. Program also included Meditation from the Opera Thais by J. Massenet played by Piotr Pławner and Piotr Sałajczyk with the participation of Dagmara Dryl, the first soloist of the Polish National Ballet, choreographed by Zofia Rudnicka, Ave Maria from the Opera Otello by G. Verdi performed by Latonia Moore, the performer of the main role of Aida at the Metropolitan Opera, Lamb of God performed by Brandie Sutton to the accompaniment of Damien Sneed who collaborated with such stars as Aretha Franklin, Jessye Norman, Wynton Marsalis, Stevie Wonder and Diane Ross. Soloists of the Polish National Opera Edyta Piasecka performed the Nai song by S. Moniuszko, Aleksandra Olczyk Pie Jesu, and Rafał Bartmiński rarely performed song “Pray for my soul” from the Polish Mass by Jan Maklakiewicz. Performed also great instrumentalists like Veriko Tchumburidze, first prize winner of the last International H. Wieniawski Violin Competition as well as Janusz Wawrowski, Richard Lin, Magdalena Stern-Baczewska and Adam Palma, who perform F. Chopin’s Polonaise in A major on guitar. You can find more information at www.jp2concert.com

The concert tied was music of F. Chopin performed by Szymon Nehring in the beautiful scenery of the Wawel Royal Castle in Krakow. It was in Krakow at the local Theological Seminary that young Karol Wojtyła was educated, later becoming the head of the Catholic Church. The Concert was interspersed with the world premiere of the aria from the Opera of Hiob by Krzesimir Dębski performed by Aneta Łukaszewicz, based on a play by Karol Wojtyła, commissioned by the Polish Royal Opera.

Blessing was given by His Eminence Cardinal Stanisław Dziwisz, His Excellency Archbishop Stanisław Gądecki – Chairman of the Polish Episcopal Conference, His Eminence Cardinal Timothy Dolan, from the Archdiocese of New York, who made a concert opening remarks. The event was held under the patronage of the John Paul II Foundation in Rome, Institute of the Heritage of National Thought by R. Dmowski and I. Paderewski, JP2 Thought Center in Warsaw, the Polish Community Association, the Consulate General of the Republic of Poland in New York, the Józef Piłsudski Institute of America. 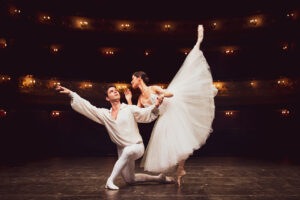 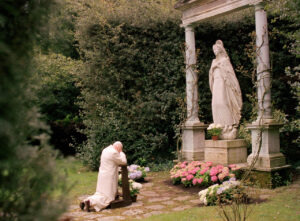 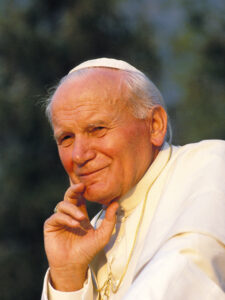 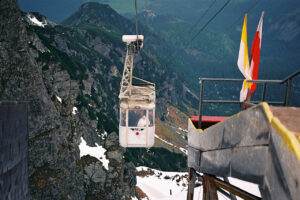 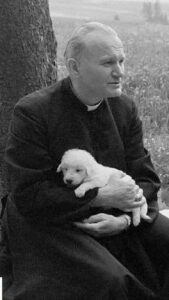 Concert Gala “Maestro return to Carnegie Hall” took place at Carnegie Hall Stern Auditorium in Memory of I. Paderewski on the 85th anniversary of his last concert at Carnegie Hall. Concert initiated the celebration of the 100th anniversary of Poland regaining its independence on the US with the participation on official delegation of the Polish Parliament, Sejm Deputy Marshal Beata Mazurek, Minister of Foreign Affairs Jacek Czaputowicz, Polish Ambassador to the USA Piotr Wilczek, Secretary of State Anna Maria Anders, EU Ambassador to the United Nations Joao Vale de Almeida, Polish Ambassador to the UN Joanna Wronecka, Consul General of the Republic of Poland in NY Maciej Golubiewski, representatives of New York City authorities, Ambassadors at UN Security Council, over 100 representatives of state missions to the United Nations, Director of the American Jewish Committee, Ambassadors and General Consuls of many countries, representatives of the Association of Veterans of the Polish Army in America, representatives of numerous diasporas, management of the Piłsudski Institute of America, Polish Slavic Center, Polish Institute of Arts & Science of America, and the Board of management of the Quin Hotel, where Paderewski often stayed, calling the Hotel his second home. The event was a great media success, the Stern Auditorium with over 2800 seats was filled to the brim. 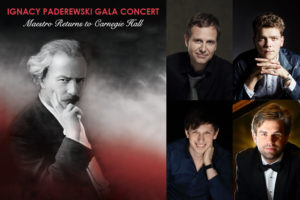 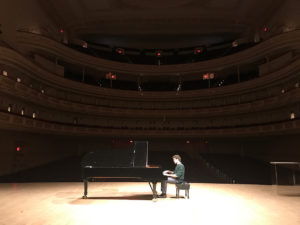 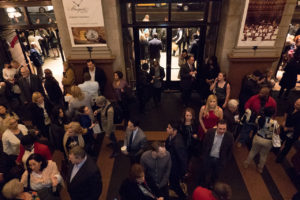 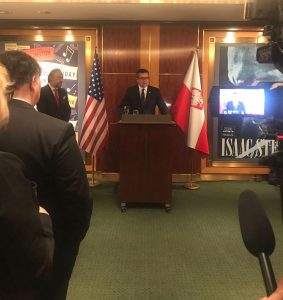 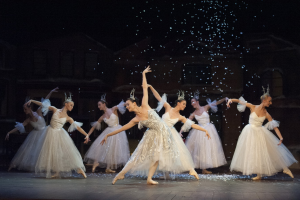 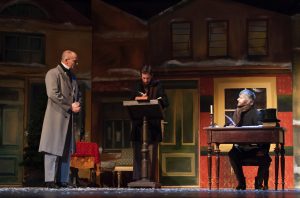 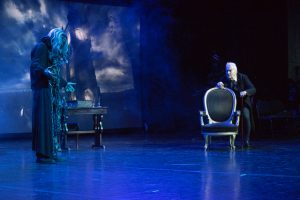 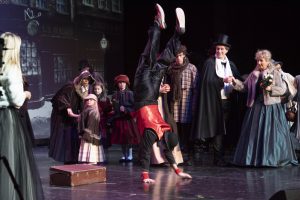 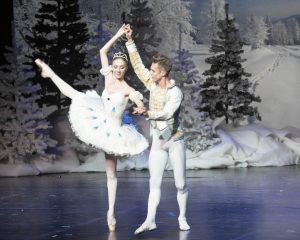 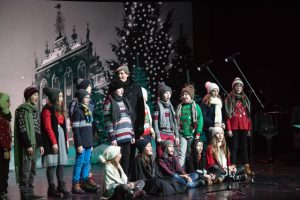 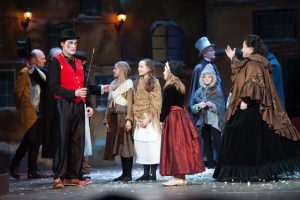 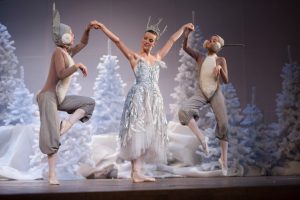 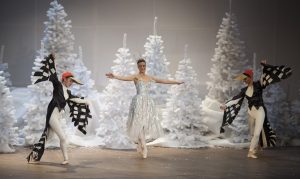 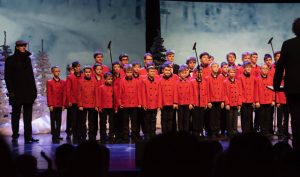 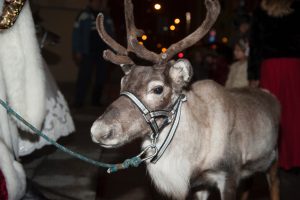 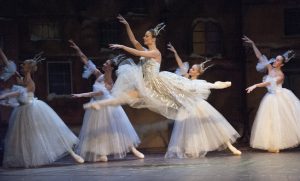 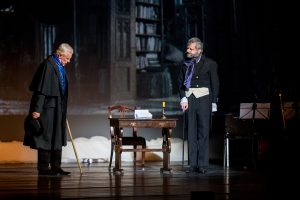 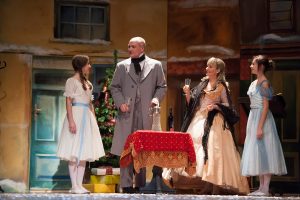 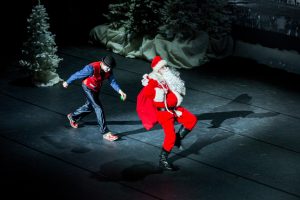 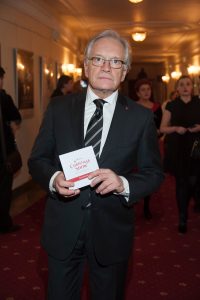 For the Freedom of Our Nations

Concert “For the Freedom of Our Nations” was organized in Doylestown, Pennsylvania during the celebrations of the Day of the Soldier and Centenary of the Armed Forces of the American and Canadian Polish Community in the year of the 100th anniversary of Poland regaining independence. The paths to the independence of the United States and Poland have repeatedly crossed; love for freedom and the desire for justice have always been deeply rooted in our hearts. Many Poles fought to defend the independence of the United States, Tadeusz Kościuszko was named by President Thomas Jefferson “the noblest son of freedom,” and General Pulaski gave his life at the Battle of Savannah. On October 11, 2007, President George Bush said: “Celebrating General Pulaski Memorial Day, we honor the son of Poland, who was with America at the dawn of its independence. His bold achievements in America remind us of the great contribution that Americans of Polish descent make to America. “During the concert” For the Freedom of Our Nations, “pieces by F. Chopin, St. Moniuszki, I. Paderewski. Soloists of the Teatr Wielki / Polish National Opera and Marek Bracha performed for the first time in American Częstochowa, a talented pianist, laureate of many international piano competitions, Polish representative during the second stage of the 16th International Piano Competition. Frederic Chopin. Visitors to American Częstochowa had the opportunity to see two interesting exhibitions, ‘Million from Over the Ocean’, an exhibition organized in cooperation with the Museum of the Second World War in Gdańsk and an exhibition ‘General Kuklinski – Polish Lonely Mission’ organized in cooperation with the General Kuklinski Memorial Hall. The ceremony was attended by representatives of the Government and Parliament of the Republic of Poland, the Ambassador of the Republic of Poland in Washington Piotr Wilczek, Consul General of the Republic of Poland in NY Maciej Golubiewski, General Cezary Wiśniewski, and numerous Honorary Guests. 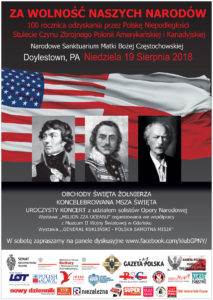 Documentary film promoting Poland, was shown in NY and Hong Kong, won 8 awards – 6 for directing and two main awards. Became the winner of the New York International Film Festival – Equus Film Festival 2017. Film presents fascinating story of an Arabian horse named Bask, who was born and raised in the Polish Albigowa Stud. In 1963, he was sold to the United States, where after a dramatic trip across the Atlantic Ocean he reached Arizona. Bask made a stunning career in the United States, and the audience there simply fell in love with him. The stallion from Poland was also a real star and as such had its own requirements – when he went to shows in other states, two cisterns were dragged behind him, because he only drank water from sources in Arizona. Today, in the horse museum in Kentucky, you can admire the entire exhibition devoted to the Polish stallion. – The artist Edwin Bogucki, of Polish origin, carved a life-size statue of Bask, which is also rare, because in general the horse is not depicted alone, but accompanies the emperor or another outstanding personality. Now is standing in the lobby of the Kentucky Museum, where Bask is also buried. Ed Bogucki carved horses for a huge number of powerful of this world, including Arab sheikhs or Bill Gates. Bask is considered the greatest Arabian horse in the entire history of breeding these horses in the world, and the Americans hailed him as “the revelation of America.” The stallion left 1,045 Arabian foals, and his offspring at various shows won 505 Championships and 197 National Champion title. To date, no Arabian horse in the world had such achievements. Most American politicians, actors and celebrities have in their stables descendants of Bask, who they consider to be “family jewels”, due to, among others at the price of his offspring. The best breeders, trainers and people who love horses, like Shirley Watts, Denise Hearst, Lynn Asby, Lare Sawaya, Katarzyna Dowbor, Karol Strasburger were invited to give interviews. 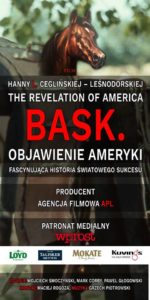 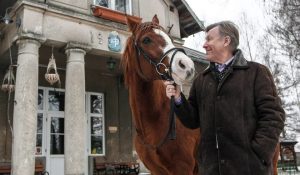 Concert „In the Service of Homeland and Science” organized during the annual event “Taste Of Polonia” as part of the celebration of the 100th anniversary of Poland regaining independence. The program included works by F. Chopin, I. Paderewski and K. Szymanowski. Great pianists performed: prof. Paweł Chęciński, graduate of the renowned Juilliard School in NY, winner of many prestigious awards, and Piotr Pawlak, a talented pianist of the young generation from Gdańsk, the youngest Pole qualified for the International Piano Competition F. Chopin in Warsaw, winner of the Chopin Competition in Darmstadt.